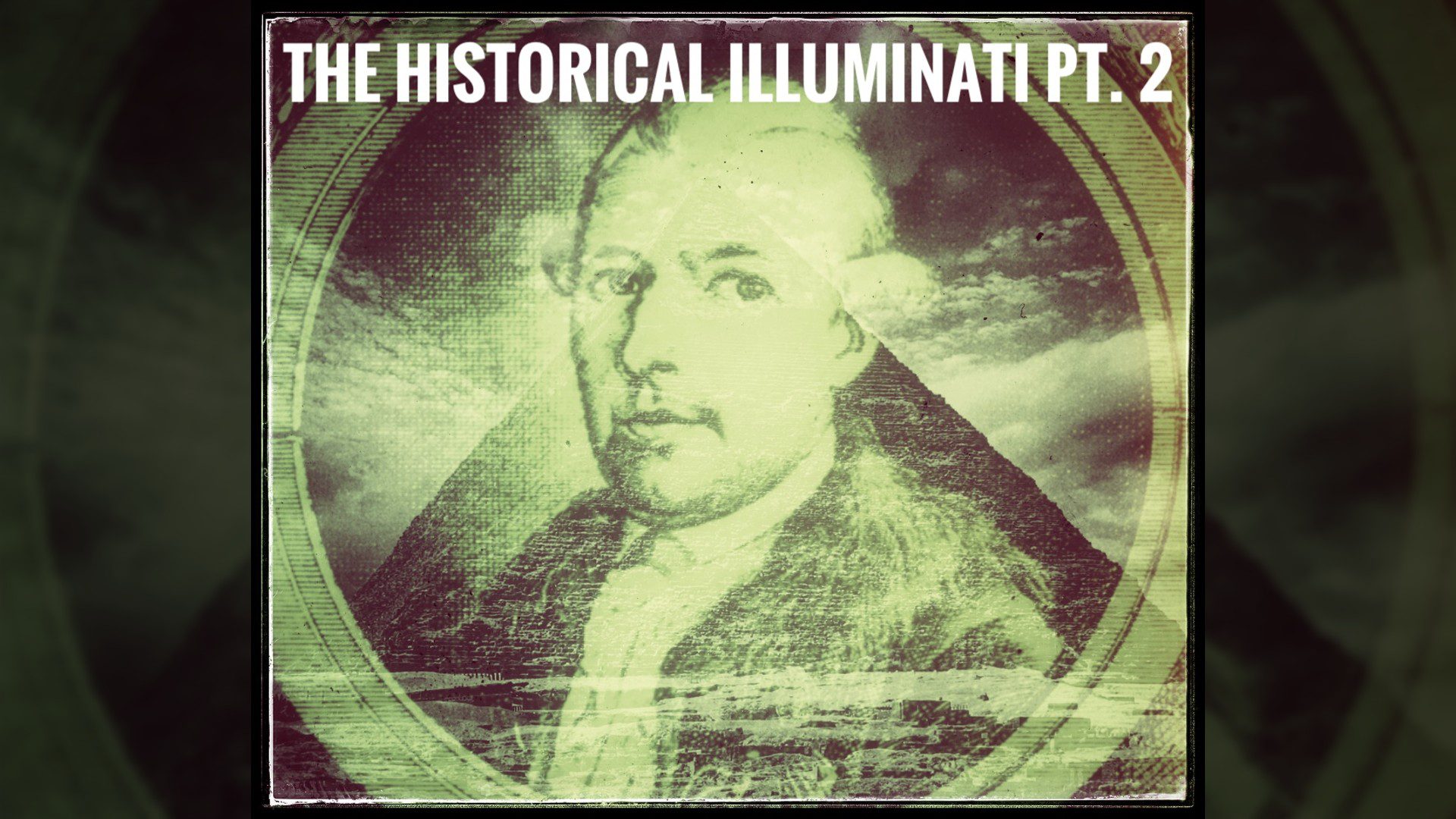 Listen to “The Historical Illuminati Pt. 2” on Spreaker.

Back for part two on Weishaupt, and company – the group that started it all for modern revolutionists.

In This Episode, I look at various famous quotes from members, and observers from the sidelines.

We travel back to the late 1700’s Bavaria and delve into symbolism, rituals, and beliefs of this infamous group, and dare to go down the old rabbit hole, far beyond the mainstream!

The order of the Illuminati was founded on May 1, 1776 by Dr. Adam Weishaupt professor of Canon Law in the University of Ingolstadt.

The order of the Illuminati appears as an accessory to Freemasonry.

It is in the Lodges that the Minervals are found, & prepared for Illumination. They must have gone through the 3 degrees of the blue lodge.

He said, his doctrines are the only true freemasonry.

Yes, princes and nations shall disappear from of the face of the earth; yes, a time shall come when man shall acknowledge no other law but the great book of nature: This revolution shall be the work of the secret societies and that is one of our grand mysteries. The great strength of our order lies in its concealment. Let it never appear in any place in its own name but always covered by another name and another occupation

(Private letter between members of the illuminati and published by the elector of Bavaria.)

The power of the order must surely be turned to the advantage of its members. All must be assisted. They must be preferred to all persons otherwise of equal merit.
~ Terry Melanson-Author of The Perfectabilists

Also See The Books: Proofs Of A Conspiracy by John Robison, and Memoirs Illustraiting The History Of Jacobinism by Abbe Augustin Barruel

Robison says Weishaupt was also trained in The Rite of Strict Observance which claimed that Freemasonry was the direct descendant of The Knights Templar. He believed Weishaupt to also be very familiar with the teachings of Rosicrucianism as well. Interestingly enough, the two secret societies were at war. They were indeed rival fraternities. The Golden, & Rosy Cross had printed pamphlets concerning the dangers of the Order of The Illuminati, & unknown at the time, had their agents placed into the Order to learn of their plans, teachings.

On Freemasonry, Weishaupt said no man can give account of the origins, history, goals, nor any true explanation of its mysteries and symbols. Therefore, any man can use the explanation of his choice. That being the case, no one order should stand at the top.

If the sincere and thoughtful Mason would “take notice” of the symbolism and the use made everywhere in the Lodge of the word “Light,” and remember that the real Initiates are called also “the Illuminati.”
~ J.D. Buck, 32nd degree Mason
The Genius of Freemasonry and the Twentieth Century Crusade (1940)

“There exists in the world today, and has existed for thousands of years, a body of enlightened humans united in what might be termed, an Order of the Quest. It is composed of those whose intellectual and spiritual perceptions have revealed to them that civilization has a secret Destiny…“The outcome of this “secret destiny” is a World Order ruled by a king with supernatural powers. “This king was descended of a divine race; that is, he belonged to the Order of the Illumined; for those who come to a state of wisdom then belong to a family of heroes-perfected human beings.”
~ Manley P. Hall 33 degree Mason The Secret Destiny of America

“Beneath the broad tides of human history there flow the stealthy undercurrents of the secret societies, which frequently determine in the depth the changes that take place upon the surface.”
~ A. E. Waite

2 Corinthians 3:17
Now the Lord is that Spirit: and where the Spirit of the Lord is, there is Liberty.

Peter-1 2:16
As free, and not using [your] liberty for a cloak of maliciousness, but as the servants of God.

Peter-2 2:19
While they promise them liberty, they themselves are the servants of corruption: for of whom a man is overcome, of the same is he brought in bondage.