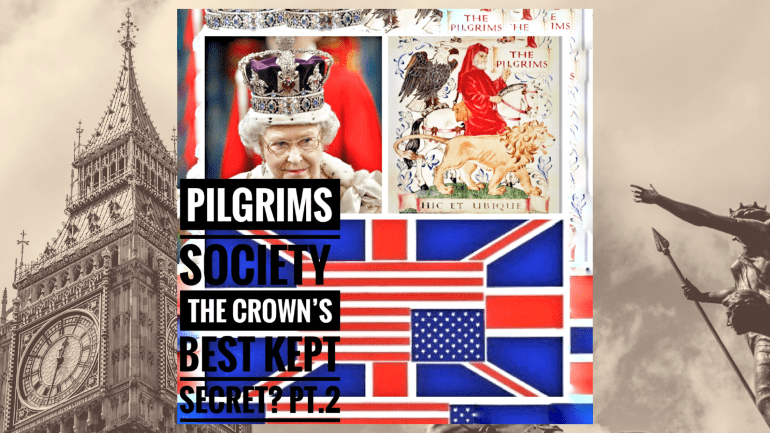 In this episode we look at the writings of several authors concerning The Pilgrims, and try and add more pieces to the puzzle. The Pilgrims Society Of Great Britain, (Make America “GREAT” Again?”) & The Pilgrims Society Of The United States. .Formed in 1902 UK, and 1903 US, the year after Cecil Rhodes died, & by almost entirely Rhodes Roundtable group members from the Lord Milner led, Society Of The Elect. They claim to be just a group that meets a few times a year to celebrate, & promote relationships between the British, & United States. However, a few either brave, or crazy researchers have uncovered some interesting facts that they say, proves that America is mostly controlled by British forces, & the plan Cecil Rhodes started more than a century ago to bring the U.S. & the rest of the world under British Rule, has been secretly in the works all this time. I don’t claim to be an expert, & my mind isn’t made up about the subject, but I do find it fascinating. Some say the Royal Privy Council makes up the tip members of the Pilgrims in Great Britain. & that various members of the U.S. government have also been part of the fold. You can judge for yourselves. Now, to the rabbit hole, & beyond, far beyond the mainstream!

Odd Man Out – All Links
https://linktr.ee/Theoddmanout